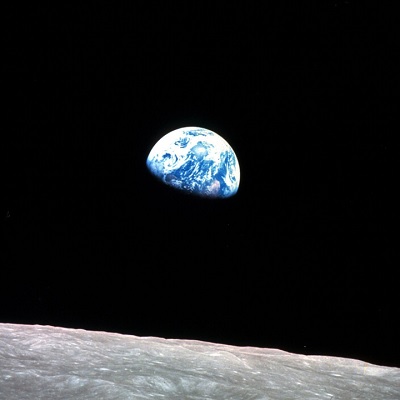 Science is not the answer to our looming crises. The imprudent, irresponsible exploitation of science is in fact the cause of many threats that face us. The answer, however, is not to revert back to pre-rational thinking. Instead, we must transcend and include science.

We ignore science at our peril. Scientific evidence is not something to be embraced only when convenient, when it fits our views or opinions. Too often we accept the fruits of scientific discovery and reject the findings we don't like. As a scientist, I evaluate scientific evidence critically, but I take science seriously.

Ptable
Ptable shines when used as a true application, more interactive and dynamic than any standalone software.
Few demonstrations of universal laws are as satisfying as the Periodic Table of the Elements, the basis of chemistry and atomic physics. The chemical behavior of the elements can be derived mathematically from physical principles. I included this site for the shear joy of it. Few serious tools are as entertaining as Ptable.
(Dmitri Mendeleev, 1869)

Virtual Cell Animation
Introducing students to new biology topics through educational animations and images
The Cell Theory is the foundation of biology. (1) All life is made up of cells. (2) The cell is the unit of structure and organization in organisms. (3) Cells arise from pre-existing cells.
(Schwann, Schleiden, Virchow 1830's)

Life is information. Defined as metabolism and reproduction, life requires 3D structures formed from folded strands of protein encoded in DNA. Structures as diverse as hexokinase, hemoglobin, and ribosomes are found in nearly all forms of life. What makes inheritance possible is copying information.
(Watson and Crick, 1953)

Tree of Life Explorer
An interactive map of the evolutionary relationships between 2,123,179 species of life on our planet.
Inheritance (copying information) has led to the phylogenetic Tree of Life. The OneZoom Tree of Life Explorer is the most user-friendly online browser for this tree. A close second is the evogeneao browser. Third is the Tree of Life Web Project. Probably the most complete is Open Tree of Life. Have I mentioned that all life is related?

Apollo 11 Mission
"The eagle has landed."
Another example of scientific cooperation was "landing a man on the moon and returning him safely to earth." Some may question the value of the feat itself (going to the moon), but the benefits of technology transfer are too numerous to name, especially in computing technology (see below). It also changed forever our view of the ourselves in the universe. (Apollo 11, 1969)

Hubble Space Telescope
Embark on a Journey of Discovery

Four scientific inventions led to the computer revolution: (1) vacuum tube, (2) transistor, (3) integrated circuit, and (4) microprocessor. From operating a ham radio, to building circuit boards, to coding in assembly language, I have used them all. They each control the flow of electrons, which makes global access to information possible.
(Intel 4004, 1971)

Science and technology have been beneficial for society, overwhelmingly so. But even in the ways our lives have benefited, such as making available abundant energy, we have polluted water and air, destroyed environments, plundered ecosystems, arriving at the brink of self-destruction. Science is not evil, nor is it good. We must transcend as we include science by taking it seriously.

314 Action
A grassroots community of nearly one million scientists and advocates who care about science and facts.
Helping scientists run for office and win may seem partisan, but if one party is consistently anti-science, pro-science resistance is the right course of action. (And I would support a scientist in either party.)
See also 314 Action on Facebook.